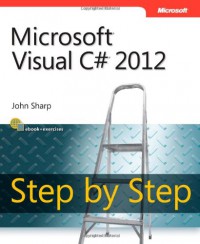 Microsoft Visual C# is a powerful but simple language aimed primarily at developers creating applications by using the Microsoft .NET Framework. It inherits many of the best features of C++ and Microsoft Visual Basic, but few of the inconsistencies and anachronisms, resulting in a cleaner and more logical language. C# 1.0 made its public debut in 2001. The advent of C# 2.0 with Visual Studio 2005 saw several important new features added to the language, including generics, iterators, and anonymous methods. C# 3.0, which was released with Visual Studio 2008, added extension methods, lambda expressions, and most famously of all, the Language-Integrated Query facility, or LINQ. C# 4.0, released in 2010, provided further enhancements that improved its interoperability with other languages and technologies. These features included support for named and optional arguments, and the dynamic type, which indicates that the language runtime should implement late binding for an object. An important addition in the .NET Framework released concurrently with C# 4.0 was the classes and types that constitute the Task Parallel Library (TPL). Using the TPL, you can build highly scalable applications that can take full advantage of multicore processors quickly and easily. C# 5.0 adds native support for asynchronous task-based processing through the async method modifier and the await operator.

Another key event for Microsoft has been the launch of Windows 8. This new version of Windows supports highly interactive applications that can share data and collaborate with each other as well as connect to services running in the cloud. The development environment provided by Microsoft Visual Studio 2012 makes all these powerful features easy to use, and the many new wizards and enhancements included in Visual Studio 2012 can greatly improve your productivity as a developer. The combination of Visual Studio 2012, Windows 8, and C# 5.0 provides a comprehensive platform and toolset for building the next generation of powerful, intuitive, and portable applications. However, even if you are not using Windows 8, Visual Studio 2012 and C# 5.0 have much to offer, and they form an invaluable partnership for helping you to build great solutions.