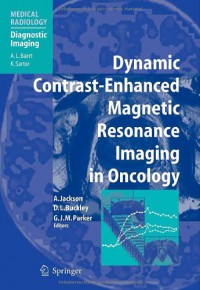 characterising the structure of blood vessels within pathological tissues. In 1927 Egas

focused on the physiology of sex, so the fact that dynamic contrast imaging was able to

divert him is a testament to the excitement intrinsic to the topic. Perhaps it is worrying

that it was not his frustration with dynamic contrast imaging that drove him to it.

radiography (i.e. angiography) was an enormously powerful clinical tool for

the identifi cation, localisation and characterisation of a wide range of pathological tissues.

This was especially true in the head, where alternative radiological tools were not

available, and in vascular and malignant lesions. The angiographer became a mainstay

in many areas of diagnosis, and numerous articles were subsequently published on the

characterisation of tumours based on their angiographic appearances. Even in these

on the number of blood vessels, the density of capillaries, the rate of blood fl ow and

the extent of contrast leakage provided valuable, and at the time unique, information,