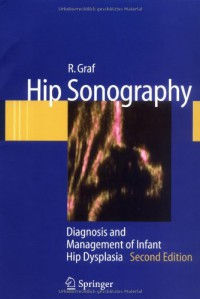 all deal with the problem of dislocation

and dysplasia of the infant hip. If dysplasia

and displacement of the infant hip are described

together under the heading “Disorders of Hip

Maturation” then together they constitute the

commonest disease of the musculoskeletal system.

These disorders have implications not only

for the child itself and its entire family, but they

are of enormous consequence for public health.

It is currently thought that 9%–10% of all hip replacements

carried out are necessary because of

early detection of dysplasia or displacement is

fundamental for adequate treatment. However,

opinion differs widely as to what requires treatment.

Should only displaced or dislocated hips

be treated or should a dysplastic bony acetabulum

without any displacement be treated? How

many resolve spontaneously without treatment?

Should “unstable” hip joints be treated? There is

no consensus about how “instability” should be

defined. Does instability require treatment only

if the femoral head can be dislocated out of the

socket or if, under pressure, the femoral head

shifts within the socket?

Hip ultrasonography with its ability not only

to visualise the unossified parts of the newborn

hip but also to show movement of the femoral

head within the socket has brought about an

Hip ultrasound is practicable, reproducible, and

able to be taught and learnt.

It is easy to be impressed by observing with

ultrasound the movements of the femoral head

in the acetabulum. However, these observations

are purely subjective and can lead to misdiagnosis.

The cartilaginous and bony parts of the hip

joint must be objectively measured and quantified

in relation to the age of the baby, otherwise