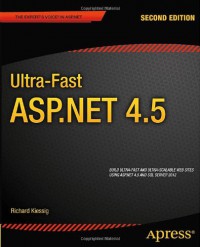 The time that I spent working at Microsoft was an unexpectedly transforming experience. The first half

of my career regularly put me and the companies I worked with in competition with Microsoft, and I was

often surrounded by anti-Microsoft stories and propaganda. However, when I heard about .NET, I

decided I wanted to know more and that the best way to do that was to learn at the source.

As I got into the technology and the company, what I found was more than a little surprising. The

achievements. After working with Java for several years, which also has a definite elegance, it was

refreshing and empowering to use a well–integrated platform, where everything (mostly) worked

together seamlessly. At a technical level, I found that I usually agreed with the decisions and tradeoffs

the platform developers made, and that the resulting system helped to substantially improve my

productivity as a developer, as well as the quality of the resulting software. I also found the Microsoft

engineering teams to be wonderfully bright, creative, and—perhaps most surprising of all to me as a

architect at the Microsoft Technology Center in Silicon Valley. Being exposed in–depth to customer

issues was another eye–opening experience. First, I could see first–hand the remarkably positive impact

of Microsoft technologies on many people and companies. Second, I could also see the intense

frustration and poor results that some people were having. This book is, in part, a response to some of

My perspective is that ASP.NET and SQL Server have tremendous potential. However, key aspects

of the technologies are not obvious. I’ve talked with (and interviewed) many developers and managers

who sense the potential but who have had extreme difficulty when it comes to the implementation.

alternative approaches; it’s a rich environment, and to appreciate it fully requires a certain perspective.

vision of the technology and to help you see the beauty and the full potential of ASP.NET and SQL

Another reason I wrote this book is that I am frustrated constantly by how slow some sites are,

and I’m hoping you will be able to use the information here to help change that. The Web has amazing

possibilities, well beyond even the fantastic level it’s reached already—but they can be realized only if

performance is good. Slow sites are a turn–off for everyone.

My Internet connection today uses an 11 Mbps DSL line, and each of the twelve hyperthreaded

ago. It’s astonishingly fast. Yet even with that much network and CPU speed, many web pages still take a

that time. As software professionals, that should concern us. I find it almost embarrassing. I want to be

proud of not just my own work but also the work of my profession as a whole. Let’s make our sites not