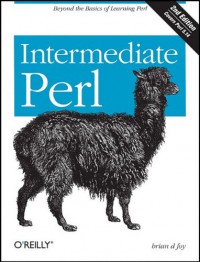 Perl’s object-oriented mechanism is classic prestidigitation. It takes a collection of Perl’s

and modules, and then–with nothing up its sleeve–manages to conjure up fully functional

objects, classes, and methods. Seemingly out of nowhere.

That’s a great trick. It means you can build on your existing Perl knowledge and ease

your way into OO Perl development, without first needing to conquer a mountain of

new syntax or navigate an ocean of new techniques. It also means you can progressively

fine-tune OO Perl to meet your own needs, by selecting from the existing constructs

the one that best suits your task.

and modules as the basis of its OO mechanism, to use OO Perl you already need

And there’s the rub. The learning curve hasn’t been eliminated; it’s merely been pushed

back half a dozen steps.

So then: how are you going to learn everything you need to know about non-OO Perl

so you can start to learn everything you need to know about OO Perl?

This book is the answer. In the following pages, Randal draws on two decades of using

Perl, and four decades of watching Gilligan’s Island and Mr. Ed, to explain each of the

components of Perl that collectively underpin its OO features. And, better still, he then

So if you still feel like Gilligan when it comes to Perl’s objects, references, and modules,

this book is just what the Professor ordered.

And that’s straight from the horse’s mouth.