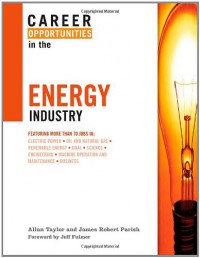 The energy industry and its career opportunities are certainly

was mined and used during the Stone Age. Natural gas

was produced and transported through bamboo pipelines

over 2,500 years ago in China. Petroleum was used by the

Babylonians in making asphalt for building their walls and

towers, and evidence suggests that petroleum wells were

drilled during the fourth century in China. It wasn’t until

the mid-19th century that petroleum wells were drilled in

developed a practical electric light that kicked off the electric