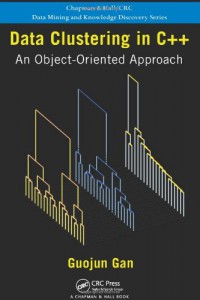 are similar and objects in different groups are quite distinct. Thousands of

the past 50 years. However, almost all papers and books focus on the theory

of data clustering. There are few books that teach people how to implement

in a better way. Using object-oriented design and programming techniques,

I have exploited the commonalities of all data clustering algorithms

of any data clustering algorithm. Readers can follow me through the development

object-oriented way. Other topics of clustering such as data pre-processing,

but not in detail. In this book, I used a direct and simple way to implement

data clustering algorithms so that readers can understand the methodology

easily. I also present the material in this book in a straightforward way. When

I introduce a class, I present and explain the class method by method rather

than present and go through the whole implementation of the class.

CD-ROM of the book. I have tested the code under Unix-like platforms (e.g.,

Ubuntu and Cygwin) and Microsoft Windows XP. The only requirements to

compile the code are a modern C++ compiler and the Boost C++ libraries.

This book is divided into three parts: Data Clustering and C++ Preliminaries,

The first part reviews some basic concepts of data clustering, the unified

The second part develops the data clustering base classes. The third

each chapter is described briefly below.