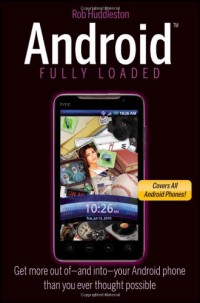 Adobe MAX is a conference sponsored by Adobe every year
to bring together developers and designers who work with
Adobe technologies and enable them to learn new techniques,
network with one another, and, in general, get excited about
the company and its products. Of course, the attendees of a
conference like MAX are almost by definition geeks: These
are folks who pay thousands of dollars and in some cases
travel halfway around the world to attend. Like all large
conferences, MAX kicks off every year with a lavishly
produced keynote address, and being a conference populated
primarily by geeks, you should not be surprised to discover
that many attending the keynote use social media networks
like Twitter to breathlessly report every announcement.

I have attended MAX, with a few exceptions, each year since
2005, and have noticed an interesting shift amongst the
attendees during the keynote. Even two years ago, the crowd
would have been lit by an almost unearthly blue glow from all
of the people with open laptops. This year, however, few
laptops were to be seen. This did not signal a shift away from
social media use, but instead a shift in the devices being used.
I would suspect that more people actually tweeted during the
keynote than in the past, simply because more people use
Twitter today than two years ago. The difference was that
almost everyone in the theater was using a mobile phone.

Get all the amazing power your Android smartphone has to offer!

The Motorola Droid has quickly become the fastest-selling smartphone, giving the iPhone a run for its money. This little book is packed with big tips for getting more into, and out of, an Andropid OS phone than ever thought possible. You’ll learn to take full advantage of features such as  the high-resolution digital camera, GPS, e-mail, Web browsing, location-based mapping, Google Calendar and Google Docs, hundreds of readily available apps, and tricks such as scanning a barcode to get product reviews or translating foreign signs.

This book shows how to put anything on an Android phone: old movies, TV shows, music, spreadsheets, presentations, Word documents, and much more

Covers all the basic features such as Web browsing, using Facebook and Twitter, taking photos, playing music, and using e-mail

Offers dozens of high-level tips and tricks for maximizing turn-by-turn navigation, using an Android as a broadband modem, scanning a barcode to access product reviews and comparing prices, syncing with Google services, and photographing objects for Google to identify