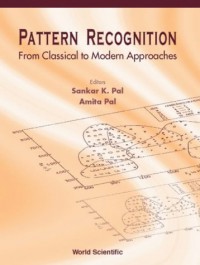 Recognizing patterns is at the core of man's attempts to understand the universe that we inhabit. Through the development of sensors and instruments, we have extended our ability to gather data far beyond the range and scale of man's natural senses. As a result we are now able to gather data on phenomena occurring in the far reaches of the electromagnetic spectrum at scales from the quantum mechanical to the galactic.

In the middle of the last century, the emergence of computer-related technology led to serious starting attempts in automatic pattern recognition, machine intelligence and machine learning. The goal then, and now, is the transformation of raw data into information which helps individuals and groups solve problems, make decisions or take some action. Unlike those earlier times, when researchers faced a paucity of data and small samples for pattern recognition system design, now the converse is often the case; namely, very large datasets gathered in some cases at very high data rates. Thus the current prominence of areas of inquiry and application named data warehousing, data mining and (real-time) content-based classification and retrieval. These areas combine modern data-base technology with feature-extraction, pattern classification, machine learning and related soft-computing methodologies.

This volume, containing contributions by experts from all over the world, is a collection of 21 articles which present review and research material describing the evolution and recent developments of various pattern recognition methodologies, ranging from statistical, syntactic/linguistic, fuzzy-set-theoretic, neural, genetic-algorithmic and rough-set-theoretic to hybrid soft computing, with significant real-life applications. In addition, the book describes efficient soft machine learning algorithms for data mining and knowledge discovery. With a balanced mixture of theory, algorithms and applications, as well as up-to-date information and an extensive bibliography, "Pattern Recognition: From Classical to Modern Approaches" is a useful resource.