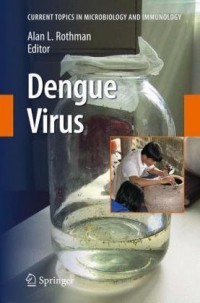 Scientific research on dengue has a long and rich history. The literature has been touched by famous names in medicine- Benjamin Rush, Walter Reed, and Albert Sabin, to name a very few- and has been fertile ground for medical historians . The advances made in those early investigations are all the more remarkable for the limited tools available at the time. The demonstration of a viral etiology for dengue fever, the recognition of mosquitoes as the vector for transmission to humans, and the existence of multiple viral variants (serotypes) with only partial cross-protection were all accomplished prior to the ability to culture and characterize the etiologic agent. Research on dengue in this period was typically driven by circumstances. Epidemics of dengue created public health crises, although these were relatively short-lived in any one location, as the population of susceptible individuals quickly shrank. Military considerations became as a major driving force for research. With the introduction of large numbers of non-immune individuals into endemic areas, dengue could cripple military readiness, taking more soldiers out of action than hostile fire. Dengue and dengue hemorrhagic fever, which assumed pandemic proportions during the latter half of the last century, have shown no indication of slowing their growth during this first decade of the twenty-first century. Challenges remain in understanding the basic mechanisms of viral replication and disease pathogenesis, in clinical management of patients, and in control of dengue viral transmission. Nevertheless, new tools and insights have led to major recent scientific advances. As the first candidate vaccines enter large-scale efficacy trials, there is reason to hope that we may soon "turn the corner" on this disease.