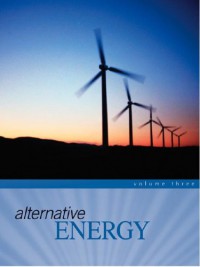 "The editors ably achieve their goal of showing students the connections between science and people’s lives in the nineteenth century, thus helping to make both science and history more relevant to their own." — ARBA (2002) (ARBA 20030201)"These volumes offer a perspective on how scientific discoveries and research in Europe and North America have influenced Western society… students who need to begin to explore the impact on society of 20th century scientific discoveries will find these volumes useful…" — Choice (February 2003) (Choice 20030201)"Although there are many science resources for students at the middle school level and up, this one offers a refreshing perspective. The UXL set fits in perfectly with the curricula and should be on the A list for purchase by most school and public libraries." — Booklist (February 2003) (Booklist )"This companion to Science, Technology, and Society: The Impact of Science throughout History 2000 BC through the 18th Century and Science, Technology, and Society: The Impact of Science in the 19th Century is likely to be the most popular of the lot… There are see references throughout and each chapter closes with source lists and useful suggestions for research topics. The detailed index reprinted at the end of each volume makes quick reference a snap. …This, with its companions, makes a stimulating, accessible alternative to the more gadget-oriented approach in Rudi Volti’s Facts on File Encyclopedia of Science, Technology and Society." — School Library Journal (February 2003) (School Library Journal ) This three-volume set introduces researchers to issues surrounding both current energy sources and alternative energy options. While there is significant discussion of the non-renewable resources now used to meet the majority of the world’s energy needs (oil, coal and natural gas), the primary focus of the set is on newer options to meet the ever-growing demand. These options include wind and solar energy, fuel cells, hydropower, geothermal power and biomass energy. In addition, more theoretical sources are also explored, including cold fusion, zero point energy and universal forces. Entries discuss the science behind the energy source, notable scientists and scientific discoveries, current examples of use, and the issues, challenges and obstacles to large-scale use. Arranged alphabetically by entry name.