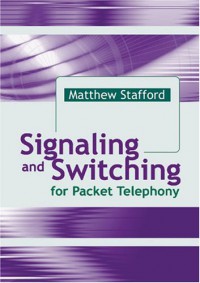 Voice telephony was arguably the first telecommunications service to achieve truly widespread deployment. Data services came into their own much later. To be sure, data telecommunication (in the form of smoke signals and other visual semaphore schemes, for example) has been around for a very long time. Note also that the telegraph preceded the telephone, and that innumerable messaging schemes of all sorts have been devised and used for military purposes. Morse code telegraphy is an interesting example of a data service: this scheme for electrical transmission of text messages was commercially viable before telephony became available.In scale of deployment, however, telegraph service never came close to the level subsequently reached by telephony. The average person in a developed country has direct access to telephones at home and at work. Moreover, this has been the case for many years; nowadays, wireless telephones add mobility to the equation.Data telecommunication became common in the consumer market only within the last 10 to 20 years. Uptake in the academic and business communities came somewhat earlier (but still much later than voice). Thus voice networks were already ubiquitous when data networking technologies reached mass-market scale, and it was perfectly natural to ask whether one could also use these networks to transmit large volumes of data between distant sites.