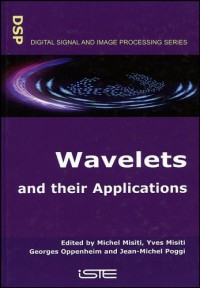 Showing how wavelets combine signal in image processing, mathematics, physics, and electrical engineering, this introduction to wavelet technology helps engineers master the basic techniques for using wavelets in such applications as image compression, turbulence, human vision, radar, and earthquake prediction. Among the topics covered are the mathematical framework for wavelets, the various wavelet families, signal denoising, and image processing.Wavelets are a recently developed signal processing tool enabling the analysis on several timescales of the local properties of complex signals that can present nonstationary zones. They lead to a huge number of applications in various fields, such as, for example, geophysics, astrophysics, telecommunications, imagery and video coding. They are the foundation for new techniques of signal analysis and synthesis and find beautiful applications to general problems such as compression and denoising.The propagation of wavelets in the scientific community, academic as well as industrial, is surprising. First of all, it is linked to their capacity to constitute a tool adapted to a very broad spectrum of theoretical as well as practical questions. Let us try to make an analogy: the emergence of wavelets could become as important as that of Fourier analysis. A second element has to be noted: wavelets have benefited from an undoubtedly unprecedented trend in the history of applied mathematics. Indeed, very soon after the grounds of the mathematical theory had been laid in the middle of the 1980s [MEY 90], the fast algorithm and the connection with signal processing [MAL 89] appeared at the same time as Daubechies orthogonal wavelets [DAU 88]. This body of knowledge, diffused through the Internet and relayed by the dynamism of the research community enabled a fast development in numerous applied mathematics domains, but also in vast fields of application.