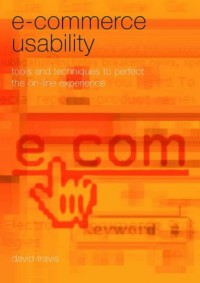 We are all familiar with airport bookstall best sellers that promise fame, fortune and success in relationships. Many of them – at least the ones I have skimmed whilst waiting for one of the world’s favourite airlines – are deeply disappointing. Not because they do not work (to be honest I have not really been able to try them out fully) but because they tend to miss out on the tricky bit in the process. For example, a book on how to become really rich will often contain such helpful nuggets as ‘make lots of money’. If you then turn to the How to Make Lots of Money book, the advice is to start a successful business. The How to Start a Successful Business book then suggests that the key is to come up with a simple idea that everyone wants. The How to Come up with Clever Ideas book typically talks about brainstorming and all manner of ‘creative ideas’.Where they fail is that the ideas themselves are often fairly simple to generate; it’s turning them into real solutions that involves a lot of hard work.One of the widely quoted examples of the ‘ah-ha’ principle at work concerns Kekulé von Stradonitz in 1865 who was struggling to interpret his data on the structure of benzene. Allegedly, after a particularly gruelling day in the laboratory, he fell asleep and dreamed of a group of six snakes. At some point, these dancing snakes each caught another’s tail in its mouth, in such a way that they formed a six-snake ring. When Kekulé awoke, he had stumbled on the resonating ring structure, which made sense of all his work. Now I doubt Kekulé was the first to dream of snakes (indeed I believe they are a rather well-known Freudian symbol) but he was the first one to make the link. The idea on its own meant little, but combined with serious groundwork, provided the apparently trivial spark which made sense of it all.Clever ideas in computing abound, especially on the web. It is converting them into a sound business model which is more difficult and usually causes most would-be ‘Bill Gates’ to fall by the wayside. E-commerce is an area where bright ideas are common but sound business models are not.