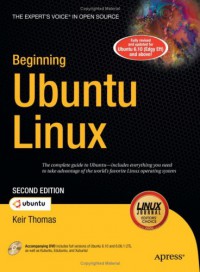 Linux has come a long way in a short time. Computing itself is still relatively young by any standard; if the era of modern computing started with the invention of the microchip, it’s still less than 50 years old. But Linux is a youngster compared even to this; it has been around for only 16 of those years.In that brief time span, a student’s personal project has grown to where it now runs many computers throughout the world. It has rampaged through the computing industry, providing an alternative to commercial solutions such as those offered by Microsoft, and toppling long-held beliefs about the way things should be done. This is all by virtue of the fact that Linux is simply better than every other choice out there. Many argue that it’s more secure and faster than other operating systems. But here’s the kicker—Linux is free of charge. Yes, that’s right. It doesn’t have to cost a penny. It is one of the computing industry’s best-kept secrets.I was bitten by the Linux bug in the mid-1990s. I was introduced to it by a friend who sold it to me as a kind of alternative to DOS. At that time, I typed a few commands at the prompt and was greeted by error messages. I must admit that I was put off. But shortly afterwards, I revisited Linux and quickly became hooked.Yet getting used to Linux wasn’t easy. I read as many books as I could, but they weren’t very helpful to me. They were usually overly complicated or simply irrelevant. To start off, I didn’t want to know how to create a program that could parse text files. I just wanted to know how to copy and delete files. I didn’t want to set up a web server. I just wanted to know how to play my MP3 tracks and browse the Web.This book is my answer to the need for a fundamental, authoritative, and down-to-earth guide to Linux, done in the context of one of the most popular flavors of Linux in existence today. It’s a book that is desperately needed in our modern world, especially as Linux becomes more and more popular and enters homes and workplaces.Beginning Ubuntu Linux, Second Edition purely and simply focuses on what you need to know to use Linux. It’s concise and to the point, aiming to re-create under Linux all the stuff you used to do under Windows, or even Apple Macintosh. But don’t think that this means Beginning Ubuntu Linux, Second Edition cuts corners. Wherever justified, this book spends time examining the topics you need to know in order to gain a complete and comprehensive understanding. For example, you’ll find a hefty chapter looking at the command-line prompt—arguably the heart of Linux and the element that gives Linux most of its power. There’s also an entire chapter discussing (and illustrating) how to initially install Ubuntu on your computer. Beginning Ubuntu Linux, Second Edition really is a complete guide.