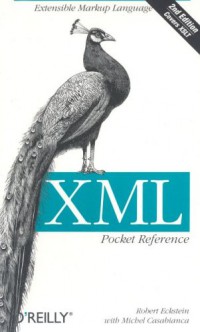 The Extensible Markup Language (XML) is a documentpr ocessing standard that is an official recommendation of the World Wide Web Consortium (W3C), the same group responsible for overseeing the HTML standard. Many expect XML and its sibling technologies to become the markup language of choice for dynamically generated content, including nonstatic web pages. Many companies are alr eady integrating XML support into their products.XML is actually a simplified form of Standar d Generalized Markup Language (SGML), an international documentation standard that has existed since the 1980s. However, SGML is extr emely complex, especially for the Web. Much of the credit for XML’s creation can be attributed to Jon Bosak of Sun Micr osystems, Inc., who started the W3C working group responsible for scaling down SGML to a form mor e suitable for the Internet.