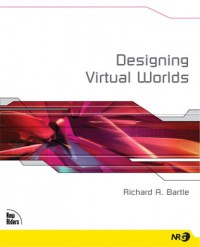 The aim of this book is to make people think about virtual world design. Whether you agree with any of it is not an issue, as long as you advance your own thoughts on the subject.
Too much virtual world design is derivative. Designers take one or more existing systems as foundations on which to build, sparing little thought as to why these earlier worlds were constructed the way they were. This is troubling, not because it leads to artistic sterility—designers are always imaginative enough to make their creations special—but because the resulting virtual worlds might not work as well as they could. If designers don’t know the reasoning behind earlier decisions, how can they be sure that the conditions that sustained those decisions still apply when they act on them?
Are designers even aware that there are decisions they can unmake?
Although a good deal of design is evolutionary, that does not mean designers can’t be revolutionary too. Virtual worlds are all about freedom—for their inhabitants, yes, but also for their designers. Just because every virtual world you can think of classifies characters using some variation of a basic four-profession model, that doesn’t mean your virtual world has to classify them that way; more to the point, it doesn’t even mean that your virtual world has to classify characters at all.
Virtual worlds are unlike anything else. You can’t approach them from a background in some other area—game design, literature, media studies, architecture, or whatever—and expect all the normal rules to apply. Unfortunately, it doesn’t look that way from the outside. "How hard can it be?" is a question often asked by people entering the field from some related area that is considered to be Pretty Damned Tough.