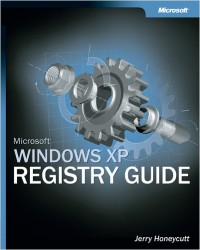 The registry is the heart and soul of Microsoft Windows XP. In my other registry books, I said the same thing about the registry in every version of Windows since Microsoft Windows 95, and by the time you’re finished reading this book, I hope you’ll agree. The registry contains the configuration data that makes the operating system work. The registry enables developers to organize configuration data in ways that are impossible with other mechanisms, such as INI files. It’s behind just about every feature in Windows XP that you think is cool. More importantly, it enables you to customize Windows XP in ways you can’t through the user interface.

The registry isn’t just a hacker’s dream, though. The registry is an invaluable tool for the IT professional deploying, managing, and supporting Windows XP. Did you know that most policies in Group Policy and system policies are really settings in the registry? Does that give you any ideas? Did you know that scripting registry edits is one of the best ways to deploy settings to users? This book teaches you about policies, scripting, and much more. For example, you will learn how to deploy registry settings during Windows XP and Microsoft Office XP installations. Some deployment problems can be solved only by using the registry, so I describe the most common IT workarounds, too. For example, I’ll show you how to prevent Windows XP from creating the Microsoft Outlook Express icon on the desktop when a user logs on to the computer for the first time.